I received two tickets today in the mail to see the exclusive screening of “Runway” (directed by Tony Ferrieri). It was another short film I worked in. I loved working with Tony and the rest of the crew. Tony has a very vivid imagination and it defiantly shows in his work. He is one of those connections that developed into a working friendship. There is nothing that this man wouldn’t do for his artwork. We discussed working with each other again after the screening of Runway and I am so looking forward to that day.

I saw my AIPP front cover picture yesterday after the photo shoot with Peter. I can’t believe how thick it is! I will be receiving my own copy sometime soon hopefully.

Peter and I shot for a few hours yesterday and got some really nice snaps. I will put those up over the next few weeks. I managed to get a copy of one of the older photographs taken for the same series. We scrapped the rest because we thought we could redo it and get better photographs. Peter also spoke to me about shooting a motion picture. I won’t go into detail about it because I think it would be best kept secretive until we realise it. It’s definitely something that will be outside of the box.

Australia’s Burlesque Festival was held at at Red Bennies on Saturday and Sunday night. I was working both nights and got to watch all the shows! It was such a fun evening with all sorts of hilarious acts which even included acrobatics. I was so jealous of all the performers. I wanted to be up there myself. I will be performing in the next month but it doesn’t seem to be soon enough.

Over the next week or so I am placing an order for my new business cards I made with one of Peter Coulson’s photographs. I will be shooting with him tomorrow. I’m also waiting to receive a copy of a drama short film I acted in recently. I more recently danced in a “Scarlets” film clip, directed by Stuart Simpson. They were a lot of fun to work with and are an incredible band. I’ve never shot a film clip, its so different to what I’ve done before. You seem to have more freedom and spontaneity with what you do. 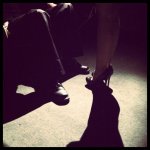 You are currently viewing the archives for June, 2011 at Nicole Melrose.